This year’s edition of DRUM FEST will be an extremely cosmic event! The crème de la crème of world music will come to Opole and several cities of southern Poland!

Aquiles Priester is a Brazilian metal drummer virtuoso, characterized by impeccable technique and precision. He plays a powerful Mapex set, surrounded by an army of Paiste cymbals. He has published many educational materials, often rented as a session drummer for both studio and concert tours. 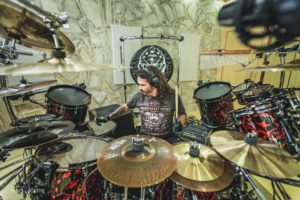 Virgil Donati is one of the greatest visionaries of the game on the percussion set, often considered one of the most technically advanced drummers in history. Known for playing incredibly complex rhythms and divisions. The projects in which they are involved are characterized by performance instrumental parties. His most famous band is the Planet X formation. 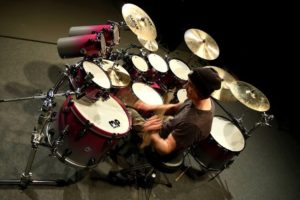 Brian Tichy is an American rock drummer, known for from playing in W

hitesnake, Pride & Glory, Billy Idol. The author of the series of famous concerts Bonzo Bash during which dozens of drummers play Led Zeppelin. His style of play is very strong, embedded, rock hits, full of dynamics with a colossal dose of grooving buoy, but also very spe

ctacular and full of rock and roll madness.

Jerzy Piotrowski – one of the most important Polish drummer in history. Known primarily for playing in the SBB team (also with Czesław Niemen), later in Kombi, Dżem, Young Power.  A native precursor on an electronic drum set. He influenced whole generations of drummers. He has a sensational groove, a huge dynamic range, which he uses with great sensitivity. His parts of the drums are very musical and full of energy. 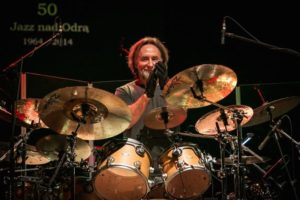 Gergo Borlai – a Hungarian drums virtuoso of international renown. A representative of the modern career path, that is, focusing on running workshops, shows and occasional short projects with other artists. His dynamic game is based on a pulsing groove and contains a whole lot of impressive technical licks. 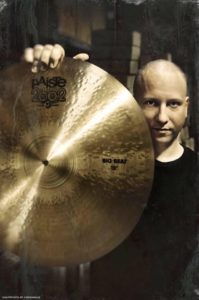 In addition to the above wonderful drummers will also perform outstanding guitarists:

Tony MacAlpine is widely known as a guitar virtuoso who is just as skilled on the keys. Edge of Insanity, one of his twelve solo albums, is still considered as one of the top ten shred guitar albums of all time. Aside from his solo work, Tony has also been part of several rock supergroups including Planet X with Derek Sherinian and Virgil Donati, PSMS (Portnoy/Sheehan/MacAlpine/Sherinian), as well as the Grammy nominated CAB with bassist Bunny Brunel and drummer Dennis Chambers. MacAlpine also spent seven years playing guitar and keys in Steve Vai‘s touring band. 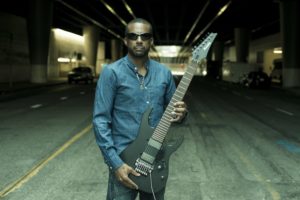 Through his innovative work as a solo artist and his contributions as a sideman to Joe Satriani and Steve Vai, Stuart Hamm has firmly established himself as one of the most influential electric bassists of the past half-century. Extending the non-traditional function of the electric bass previously revolutionized by Jaco Pastorius and Stanley Clarke in the 1970s, Hamm helped to reshape the contemporary concept of the bass guitar as an unaccompanied instrument with the utilization of polyphonic, two-handed tapping, slapping and popping techniques, chords, and harmonics. Although Hamm certainly wasn’t the first bass player to debut during the 1980s and employ an unorthodox approach to playing the electric bass, he was undoubtedly at the forefront of his generation who effectively fused the application of these unconventional techniques. 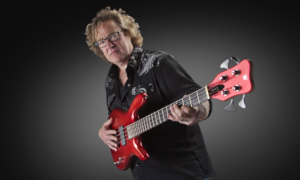 Greg Howe – In his 30 year career, Greg Howe has produced, written and arranged ten solo instrumental studio albums along with two collaboration albums with Richie Kotzen of the Winery Dogs. In addition, Howe has contributed to a long list of albums/records by other artists. 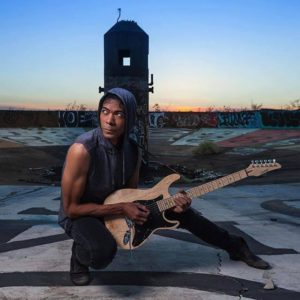 Apart from strong rock sounds, classical soloists also perform:
Katarzyna Myśka – critics have given the internationally renowned marimba virtuoso and chamber musician Mycka the sobriquet “she who dances with the mallets”: “the greatest fluidity”, “perfect mallet technique,” and a “marvelous, rhythmic precision” are characteristic for the musician, who is able to simultaneously produce up to six tones on her concert marimba with the sixty narrow wooden bars and resonance pipes. 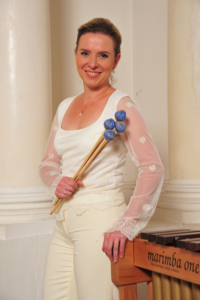 Eriko Daimo – praised for her ‘mesmerizing combination of sound and sight’ (Irish Times), the award-winning marimbist, is one of the leading artists of her field. 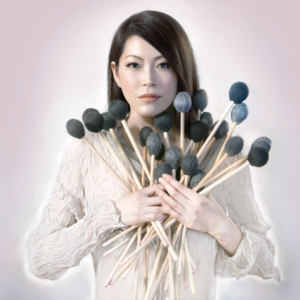 Mark Ford is a marimba artist and the Coordinator of Percussion at The University of North Texas College of Music in Denton, Texas. As a Past-President of the Percussive Arts Society and the coordinator of one of the largest percussion programs in the United States at UNT, Ford is an active performer and composer. 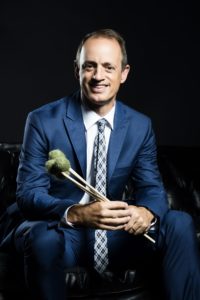 Svet Stoyanov has performed in more than one thousand recitals and has presented over one hundred masterclasses worldwide. His artistic mission is committed to the purity, quality and virtue of music. 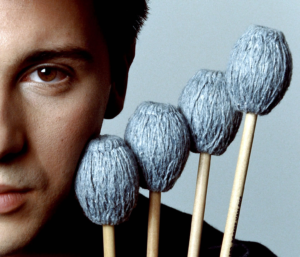 You can’t miss it!

There are no upcoming events at this time.